You are here:
September 19, 2016Leave a commentIBSBy marloes

In a healthy, balanced gut, eating foods rich in fiber is a very good thing. When these fibers enter the large intestine, they are eaten by billions of organisms. When the organisms consume these fibers, they actually ferment them. This fermentation process produces short chain fatty acids (SCFA) which fuel the cells that line the gastrointestinal tract. Some of the gas that is produced by this process passes across the colon wall, is exchanged in the lungs and expelled out through the breath. The rest usually passes easily through the rectum as flatulence. The colon is larger, and less sensitive to gas build up. The average person should pass gas 10-15 times a day.

What happens if a build-up of organisms occurs in the small intestine? Welcome to the world of SIBO.

Which Diet is Best at Treating SIBO?

The goal with the diet is to manage symptoms and to help correct and maintain nutritional status, while at the same time using a protocol of antibiotics or herbal antimicrobials to effectively treat SIBO. The diet is not used to ‘starve out the bugs.’ First of all, this is impossible. The organisms will adapt, either by hunkering down and going dormant, or by consuming the mucous and other debris along your gut lining. I really want to drive this point home here. The diet is an aide to manage symptoms, but it is not a front line treatment for SIBO. No single diet ‘treats’ SIBO or ‘starves out the bugs.’
Once SIBO is present, simply addressing diet isn’t going to help overcome the overgrowth of organisms that have taken hold in the small intestine. SIBO does need to be treated directly with antibiotics or herbal antibiotics. 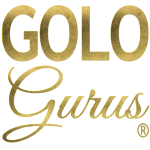 Which Diet is the Best at Managing SIBO Symptoms?

There are a few specialized diets created to address functional gut conditions (those with chronic symptoms): GAPS, SCD, and FODMAP. Each of these diets has very strict rules over which carbohydrates are in and which are out; they each modify the ‘allowed’ carbohydrates in some way. Although GAPS (Gut and Psychology Syndrome Diet) is well known for helping the autistic community, SCD (Specific Carbohydrate Diet) is well known for helping the autistic and IBD community, and FODMAP is well known for calming IBS and IBD symptoms, none of these diets were created to treat SIBO.
Clinically, the diet that I have found to be the best at managing symptoms in SIBO is a FODMAP plan.
Though the FODMAP plan is the most effective at quieting SIBO symptoms, it might need to be further modified during SIBO treatment. This is because each person is unique in what may trigger a SIBO reaction.
The foods that one person with SIBO can digest comfortably will be different than the next person with SIBO. One person might beautifully digest two thirds cup sweet potato or one half cup quinoa at a meal, but for the next person, this might knock them out of commission with a bloated belly for the entire day. They might do well with one third cup sweet potato or one half cup jasmine rice at a meal, but they may not handle quinoa that well at all. Each person needs to test moderate and high FODMAPs out and each plan needs to be customized to meet their needs.
If a person doesn’t handle potatoes well, then they should try quinoa. If this doesn’t work then they can try rice. If they comfortably digest one third cup of sweet potato, but one half cup causes a reaction, their customized portion is one third cup of sweet potato at one meal. There is NO NEED to pull sweet potato completely.
One half cup of well-cooked jasmine rice, quinoa, sweet potato, or squash per meal is considered a low FODMAP. Please add twice the water to the grains and cook longer, to further improve the digestibility of the grain. *Always reheat grains and starches. If you eat them cold, they will contain a higher level of resistant starch and this may trigger symptoms.
The saccharides lactose and fructose absorb along the brush border of the upper small intestine. If these saccharides do not digest optimally and instead build up in the digestive tract, then this can cause an osmotic shift of fluids leading to watery loose stool, cramping, and gas. Some people with SIBO can handle dairy just fine and others cannot.

Clinically I see a lot of patients who have been on one or two rounds of antibiotics under the guidance of their doctor, but SIBO ‘keeps coming back.’ SIBO likely never really went away; it wasn’t treated long enough to arrive at a negative breath test. SIBO levels need to be tested to see if the treatment truly was a success and then the next phase of treatment begins: gut healing, immune modulation, rebalancing gut flora and challenging foods to see which foods the system is read bring back in.
SIBO is a secondary condition. It is present because something else caused it. To be successful at treating SIBO and truly succeeding at curing SIBO, the underlying factors, conditions and motility dysfunction must be fully addressed.
With each round of treatment, expect a reduction of 20 -30 ppm. A round is two weeks on the correct antibiotic(s) or four weeks on an effective herbal antimicrobial protocol. If the initial hydrogen levels are 80 ppm hydrogen on a lactulose breath test, then the treatment duration will need to be around 3-4 months of herbal antimicrobials (which must be done under the direct care of your doctor). Retest SIBO with a lactulose breath test two weeks off antibiotics or 5 days after stopping the herbal antimicrobials. I highly recommend retesting at the two month mark to assess progress.
I am sharing this level of detail here because I see all too often, patients who have previously done a round of antibiotics, or taken an herbal protocol that they learned about online, and after they take this for a couple of weeks, they find that they still have symptoms. Yes, SIBO is still there; it wasn’t treated long enough to arrive at a negative breath test. Instead of reevaluating the treatment protocol (and addressing the underlying issues) they will start to chase the symptoms with their diet and the diet starts to get more and more restrictive.
I feel strongly that when people have whittled themselves down to 7-8 foods and have a strong, strong fear of ‘feeding SIBO’ and any bloat reaction is connected to ‘feeding SIBO’ or ‘SIBO is getting worse’ – that this added stress on the system is going to make things worse. Emotional stress, physical stress from malnutrition, and lack of fuel for healthy gut organisms, all increases the overall stress load on the system, making SIBO much more difficult to overcome.
Overall, a FODMAP plan is my go-to regroup diet– a starting point for a SIBO patient. However, each person will need to adjust the FODMAP plan according to their unique needs in order to manage symptoms while receiving antibiotic or herbal treatment while under the direct supervision of their doctor. 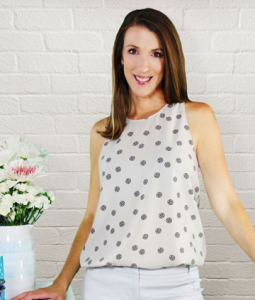 GOLO Guru Founder
I’ve had a thriving private practice for the past 11 years, working clinically as a licensed Certified Nutritionist. I was trained in Functional Medicine, even before the term ‘functional medicine’ became a buzz word. I specialize in functional gut disorders and for the past 4 years my practice has focused solely on SIBO. As the SIBO Guru, instead of chasing symptoms, I help my patients get to the root of their illness.
Over the years I have created a bank of healthy, balanced FODMAP recipes. Even with this lovely resource, I still felt that I was falling short in helping my patients easily navigate a FODMAP diet. So, I decided to create the first FODMAP online recipe manager and GOLO Gurus was born! I share all my favorite ‘go-to’ and “GOLO” SIBO recipes here with you.

Make sure this account has posts available on instagram.com.